After a long break TricksMe.in is back again with a bang of UDP Tricks. Our previously shared Idea UDP BBM Trick which has satisfied most of the TrisksMe user’s and now here is another Vodafone Vnap Buster Trick especially for northern and Delhi users. We can’t predict this Vodafone UDP trick for August 2018 will work in every state or not as this is only tested in the northern region. Just follow the easiest instructions to connect to a PC based handler: Vnap Net Buster Pro to tweak your Vodafone 3G!

Vodafone TCP tricks were working in the last year and after that, some tricks on Vodafone were still working but was not disclosed by the senior members. The Vodafone Vnap Net Buster trick is revealed and has been confirmed working in Delhi and northern states.  This trick will give you super fast speed (UDP) using the PC handler: Vnap Net Buster Pro

To help users and a newbie step by step we have already posted a Detailed tutorial with screenshots for using Vnap Net Buster.

here comes to the tutorial for tweaking with Vnap Buster and Voda SIM. Vnap Net Buster pro is a PC Application which works on Microsoft .NET framework. hence make sure .NET framework is installed on your system.

Maximum of our Users are using the Paid Internet after Airtel BBM Stopped Working. hence We will recommend the Delhi and Northern side user’s to use this Vodafone Vnap trick as it is 100% Working which is confirmed and tested.

Stay tuned to TricksMe for more exciting 3G tricks and technology news addicted to current Indian Telecom. Do Subscribe to our Free Email Newsletter and Like us on Facebook to get updated towards technology addiction. 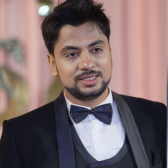 More from this Author

Ali alias Aliakbar Fakhri here. Engineer by profession and blogger by passion. Away from the blogosphere, I love listening to music and am a tech enthusiast.

ADD ME ON GOOGLE PLUS